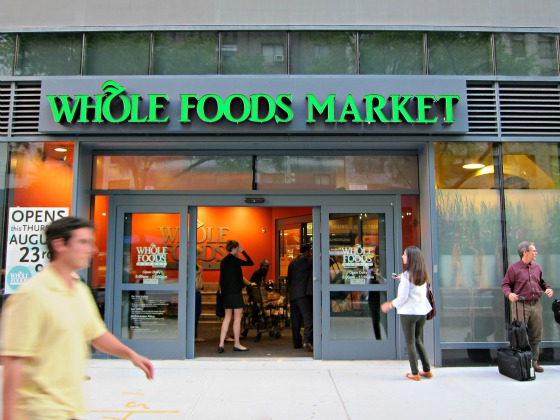 Amazon’s $13.7 billion purchase of Whole Foods shocked the supermarket industry. This acquisition will change the way customers shop for groceries.  During its first day as the owner of Whole Foods Market, Amazon.com Inc. cut prices at this  grocery chain as much as 43 percent on August 28th.

There were considerable price drops at the store on East 57th Street in Manhattan. Produce such as organic Fuji apples were marked down from $3.49 a pound to $1.99 a pound. The price of organic avocados dropped from $2.79 to $1.99 each and even the price of some bananas fell from 79 cents to 49 cents per pound. It shows that Amazon is serious about taking on competitors such as Wal-Mart Stores Inc. and Costco Wholesale Corp.

The world’s biggest retailer, Wal-Mart, has already invested considerably into lowering prices and improving the look of its produce section, both of which attract customers along with their grocery pickup feature. Costco, on the other hand, has many organic items that are priced cheaper than those same products at Whole Foods. They are able to provide lower prices because they charge membership fees and provide bulk-sized goods.

Whole Foods carried such a reputation for high cost that its nickname had been Whole Paycheck. “Price was the largest barrier to Whole Foods’ customers,” said Mark Baum, a senior vice president at the Food Marketing Institute, an industry group. “Amazon has demonstrated that it is willing to invest to dominate the categories that it decides to compete in. Food retailers of all sizes need to look really hard at their pricing strategies, and maybe find some funding sources to build a war chest.”

Amazon.com is changing the food market industry. This will foster more competition among grocery chains. However, the lower prices will be good for consumers.

Next PostNYC’s Top 10 Parks for Reflection and Meditation