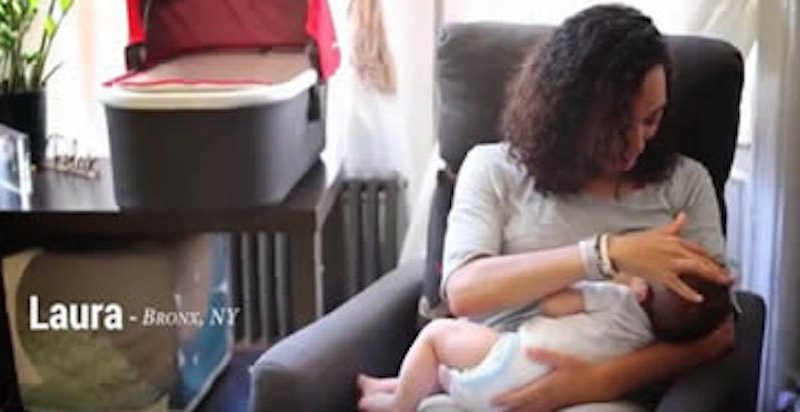 September 15, 2017 – The Health Department’s Center for Health Equity launched a new campaign “Breastfeeding Friendly Communities” to raise awareness about a mother’s right to breastfeed in public whenever and wherever she chooses.

The campaign features a 30 second video about a mother in the Bronx who shares the challenges she had breastfeeding in public but encourages new mothers to persevere. The campaign is currently running on Facebook and Instagram and in three movie theaters in Central Harlem (MJ Harlem 9), Co-op City in the Bronx (AMC Bay Plaza 13), and downtown Brooklyn (Court Street Stadium 12). The campaign was created with support from the New York City Creating Breastfeeding Friendly Communities (CBFC) grant funded by the New York State Department of Health.

The “Breastfeeding Friendly Communities” campaign is part of ongoing City efforts to promote and support breastfeeding in communities with the lowest rates of breastfeeding in the city. In early August, the Health Department announced the opening of five “lactation pods” around the city, one in each borough, in locations that serve parents and families. The lactation pods are now available to the public at NYC Health + Hospitals’ Queens Hospital Center and Harlem Hospital Center; the Bronx Zoo; the Staten Island Children’s Museum; and the Brooklyn Children’s Museum.

“We are proud to release a campaign that encourages a breastfeeding-friendly culture,” said Health Commissioner Dr. Mary T. Bassett. “Moms like Laura should feel supported in their choice to breastfeed whenever and wherever they need. Supporting families to make the best choices to raise healthy babies requires everyone’s participation. These videos are an invitation to New Yorkers to join in making moms feel comfortable when they choose to breastfeed in public.”

“The New York State Department of Health is funding these efforts in New York City to make breastfeeding a natural part of community life and help women feel comfortable breastfeeding in public,” said Commissioner of Health Dr. Howard Zucker. “This campaign builds upon New York State’s extensive efforts to promote and protect a woman’s right to breastfeed in any location she chooses. Women should feel supported by all segments of society in their decision to breastfeed, which is linked to better infant and maternal health.”

“Brooklyn Borough Hall could not be prouder to be at the forefront of advancing breastfeeding-friendly communities,” said Brooklyn Borough President Eric L. Adams. “The Community Lactation Room Law that we helped to author has cemented New York City’s position as a leader in breastfeeding empowerment, which has been furthered by our Brooklyn Breastfeeding Empowerment Zone in Bedford-Stuyvesant and Brownsville. This new campaign, led by Health Commissioner Bassett, will help to advance these strides to support our borough in raising healthy children and families.”

“Breastfeeding is one of the most important and beautiful experiences a mother can share with her newborn. As a father of six children, I watched my wife – who is an executive – experience angst around breastfeeding after she returned to work, having to express milk in broom closets and unsanitary bathrooms across the city of New York in some very high-powered offices,” said Council Member Robert E. Cornegy. “Passing the Community Lactation Room Law was a vital step in promoting and supporting the practice of breastfeeding. This campaign is the next important step in that process and I commend the Center for Health Equity for their efforts in continuing to encourage mothers to breastfeed their children.”

“Breastfeeding is a head start for babies – providing critical nutrition to support cognitive development and boost his or her immune system during the first six to twelve months of life. Education is the first step to building healthier communities. As chair of the Women’s Issues Committee and co-Chair of the Women’s Caucus, I want to thank the de Blasio Administration, Commissioner Bassett, and the Department of Health for bringing the resources that will normalize breastfeeding and encourage every community to support local moms with raising the future of our city,” said Council Member Laurie A. Cumbo.

The American Academy of Pediatrics (AAP) recommends exclusive breastfeeding for the first six months of life and continued breastfeeding with complementary foods until at least one year of age. 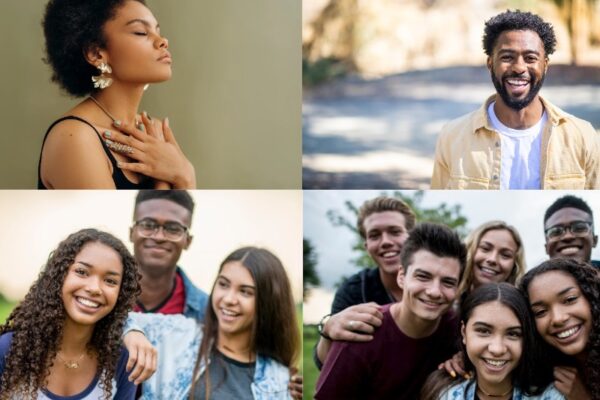